“that the lover’s discourse is today of an extreme solitude. This discourse is spoken, perhaps, by thousands of subjects, but warranted by no-one; it is completely forsaken by the surrounding languages: ignored, disparaged, or derided by them, severed not only from authority but also from the mechanisms of authority. Once a discourse is thus driven by it’s own momentum into the backwater of the “unreal,” exiled from all gregarity, it has no recourse but to become the site, however exiguous, of an affirmation.”

This work mimics the structure of the book, working fragments of the discourse of the ‘amorous subject’ (myself) into the ‘body’ of the building. Following from the book, the discourse will consist of fragments of text taken from diaries, poetry, and other personal sources that will convey the preoccupations of the amorous subject that have ‘nowhere to go’ and have no central point from which they are generated. My aim is to create a sense of background presence, something of how one attempts to articulate desire but ultimately fail. 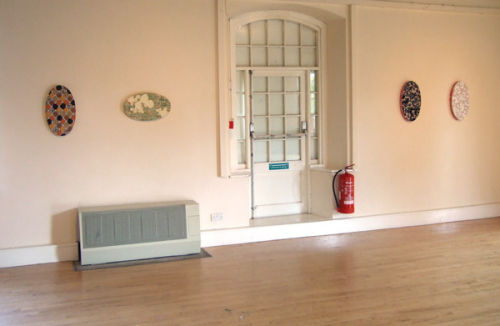